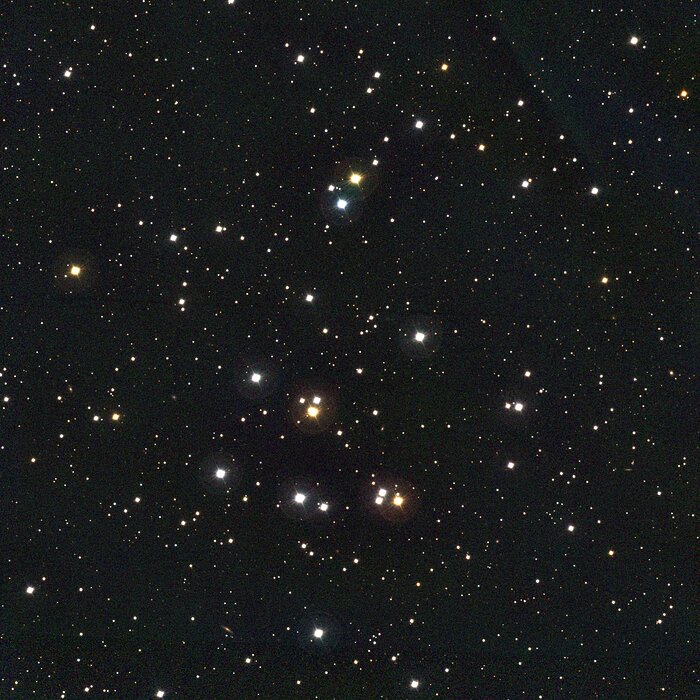 M44, the Beehive CLuster, also known as Praesepe (Latin for manger), is an easy naked eye object more than twice the size across of the full moon, and has thus been noted since prehistoric times. It was one of the first objects on which Galileo trained his newly acquired telescope. M44 is one of the nearest open clusters, close to 600 light-years away. This approximately true-color picture was created from fifteen images taken in January 1997 using BVR colors, at the Burrell Schmidt telescope of Case Western Reserve University's Warner and Swasey Observatory located on Kitt Peak, near Tucson, Arizona. Image size