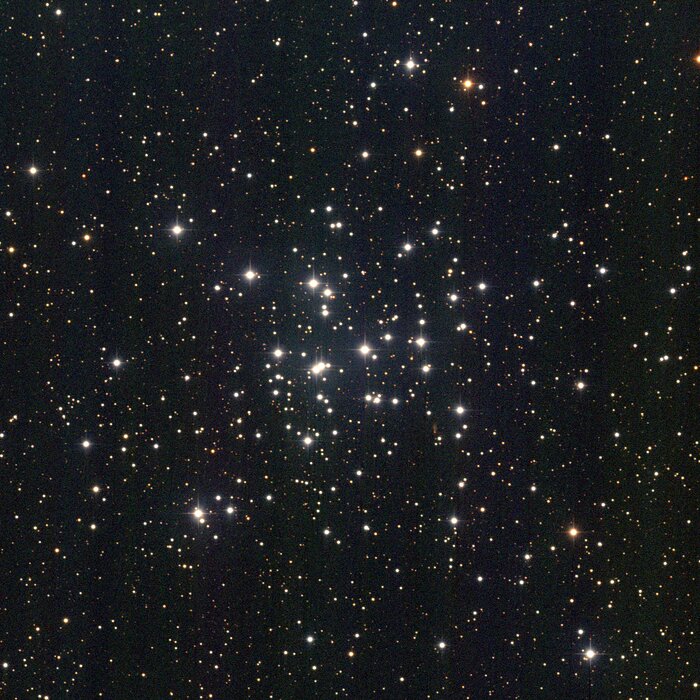 M36 is one of three bright open star clusters in the southern part of the constellation Auriga, along with M37 and M38. All three lie at similar distances of about 4000 light-years, but M36 is significantly younger and contains no evolved red giant stars. The present picture is a color composite of CCD images from the 0.9-meter telescope of the Kitt Peak National Observatory, near Tucson, Arizona, taken in January 1997. Image size 20.4 arc minutes.