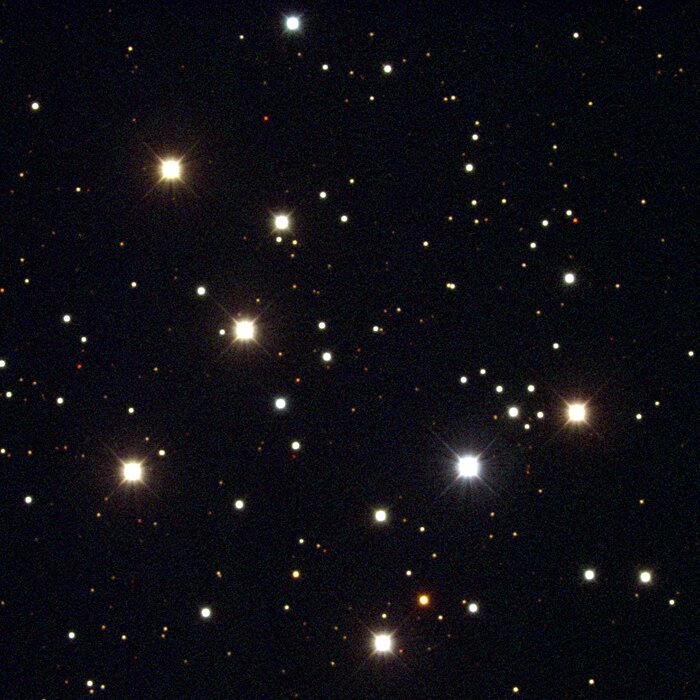 M29 is an open cluster in the constellation Cygnus. Coarser and less impressive than some others, it is in a crowded area of our Galaxy, the Milky Way. Its distance is uncertain, being somewhere between 4000 and 6000 light-years, due to rather strong and poorly known absorption by intervening dust, without which it would be several times brighter. This approximately true color picture was created from sixteen frames taken at the KPNO 2.1-meter telescope on the night of June 18/19, 2003.