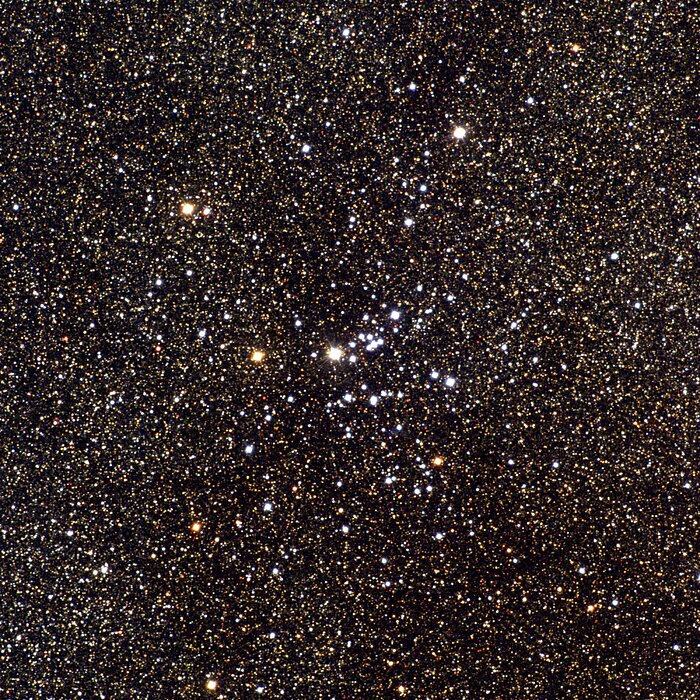 It is unclear why M25, a reasonably conspicuous open cluster in the constellation Sagittarius, did not rate an entry in the New General Catalogue and is thus relegated to only an Index Catalogue number. It is a middle-aged cluster at around 90 million years, somewhere around two thousand light-years away and twenty-odd light-years across. This picture is a combination of six frames taken in the BVR pass-bands in June 1996 at the Burrell Schmidt telescope of Case Western Reserve University's Warner and Swasey Observatory located on Kitt Peak, near Tucson, Arizona, during the Research Experiences for Undergraduates (REU) program operated at the Kitt Peak National Observatory and supported by the National Science Foundation. Image size 42.3 arc minutes.