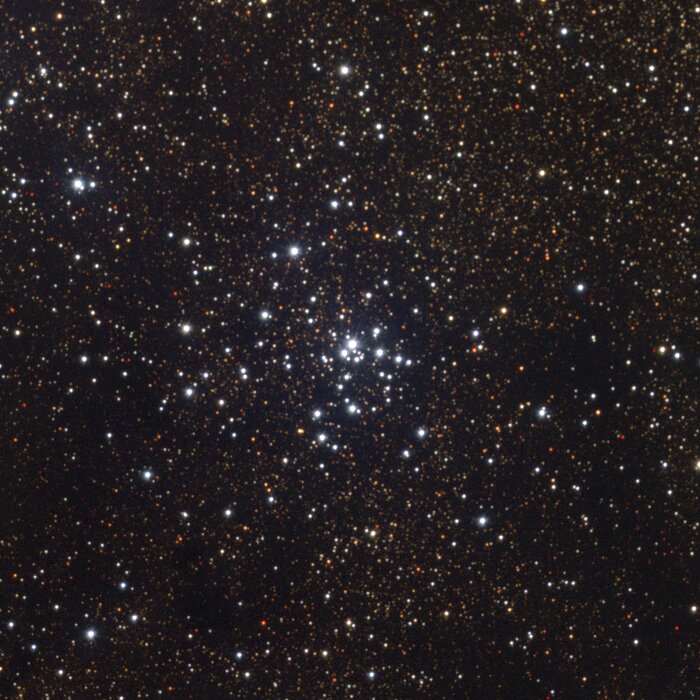 The open cluster M21, or NGC6531, in the constellation Sagittarius. This cluster shows a strong central concentration and a wide range of star brightnesses, despite its limited membership of probably fewer than 60 stars. Most likely quite young (for a star cluster, that means only a few million years), its distance is uncertain. M21 is quite close on the sky to M20, the Trifid Nebula, as shown in this lower resolution but wider field picture. This approximately true-color picture was created from eleven images taken in July 1995 and June 1996 using BVR filters, at the Burrell Schmidt telescope of Case Western Reserve University's Warner and Swasey Observatory located on Kitt Peak, near Tucson, Arizona, during the Research Experiences for Undergraduates (REU) program operated at the Kitt Peak National Observatory and supported by the National Science Foundation. Image size 28.8 arc minutes.