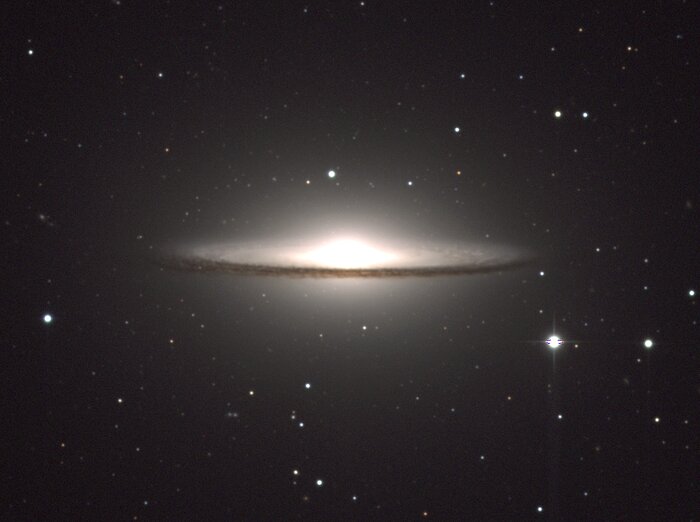 M104, or NGC4594, is a spiral galaxy, type Sa/Sb, in the constellation Virgo. M104 is popularly known as the Sombrero Galaxy due to its dark rim of obscuring dust around a large central bulge. In this picture, the dust shows up as brown due to its absorption of blue light (an effect known as reddening), while the bulge has been reduced in significance by compressing the dynamic range of the data, better to show the inner details.

Credit:
Todd Boroson/NOIRLab/NSF/AURA/
Usage of NOIRLab Images and Videos
Are you a journalist? Subscribe to the NOIRLab Media Newsletter.