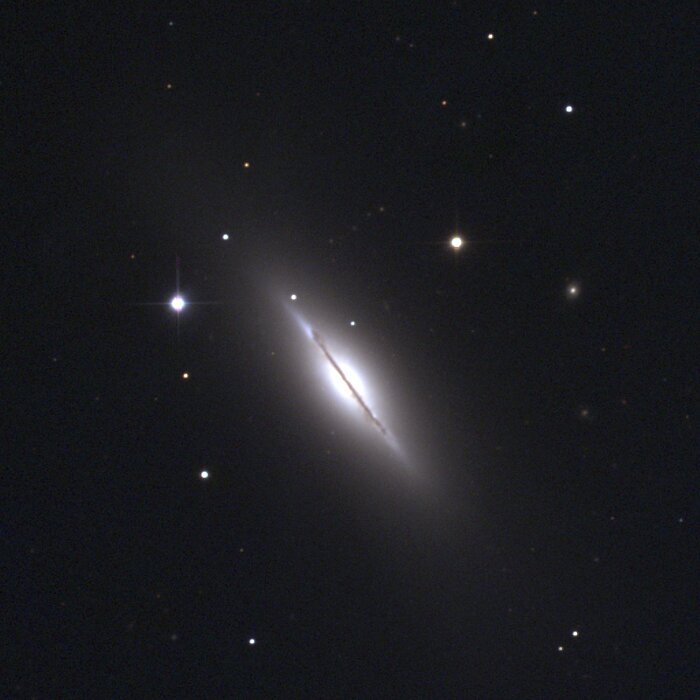 M102 is really the only controversial entry in Messier's catalogue. Some have concluded it was an erroneous duplicate observation of M101, a conclusion which Messier's friend and fellow observer Mechain stated some years after his original discovery. However, a number of cogent arguments suggest that both men actually observed the Spindle Galaxy, NGC5866 in the constellation Draco, and it is this galaxy which is shown here. It is a lenticular galaxy of type S0 (essentially a spiral galaxy without the spiral structure). Rather than repeat the arguments over the identity of M102 here, see the article by Hartmut Frommert of Students for the Exploration and Development of Space. This picture was created from observations with the T2KA CCD camera at the Kitt Peak National Observatory's 0.9-meter telescope in March of 1995.