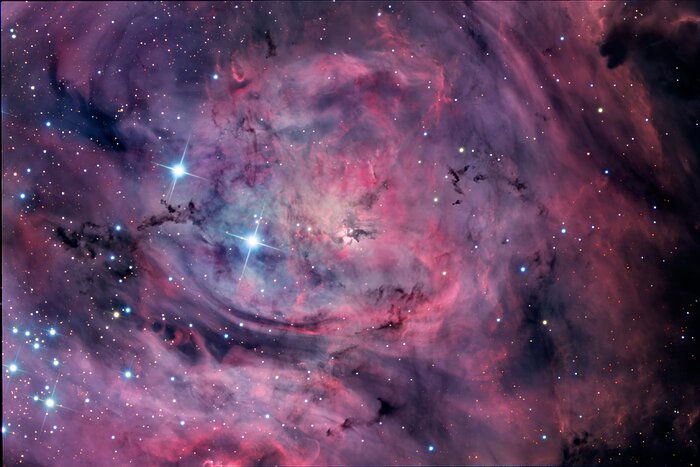 The Lagoon Nebula, M8 or NGC 6523. As one of the showpiece objects of the summer sky in the northern hemisphere, the Lagoon never rises very high from most locations north of the equator. This image of the Lagoon was imaged from Cerro Tololo Inter-American Observatory in Chile. Twenty hours of data were collected over several nights with seeing usually around 0.5” and occasionally as low as the mid 0.30”. Those who are familiar with other images of the Lagoon nebula may note that this version shows more blue: most renditions of this nebula are decidedly reddish in character. However, the object’s altitude during much of the imaging – as high as 80 degrees – minimized the normal tendency for blue extinction that is commonly experienced when imaging objects closer to the horizon. The numerous dark Bok Globules associated with M8 are also readily apparent.