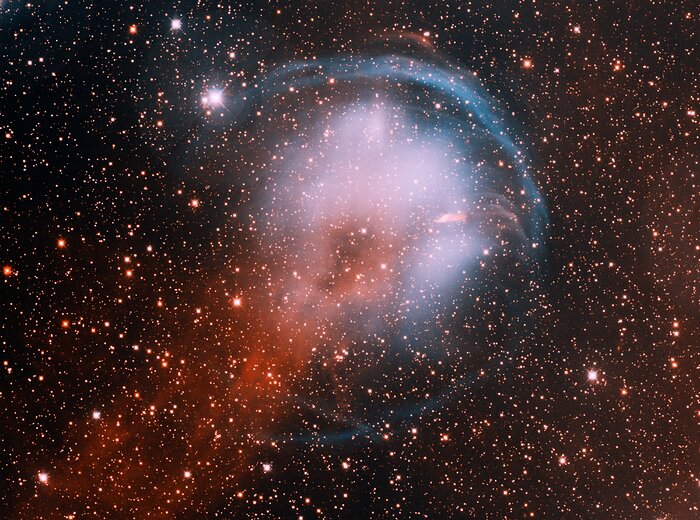 This image was obtained with the wide-field view of the Mosaic camera on the Mayall 4-meter telescope at Kitt Peak National Observatory. HFG1 is a planetary nebula in the constellation of Cassiopeia. It was produced by a binary star system (V664 Cas) that is moving rapidly through our Galaxy. The star is moving towards the upper-right of the image. As HFG1 plows through the interstellar medium, a bluish bowshock is produced; and a red trail of gas is left behind in its wake. The image was generated with observations in the Hydrogen alpha (red) and Oxygen [OIII] (blue) filters. In this image, North is down and East is to the right.