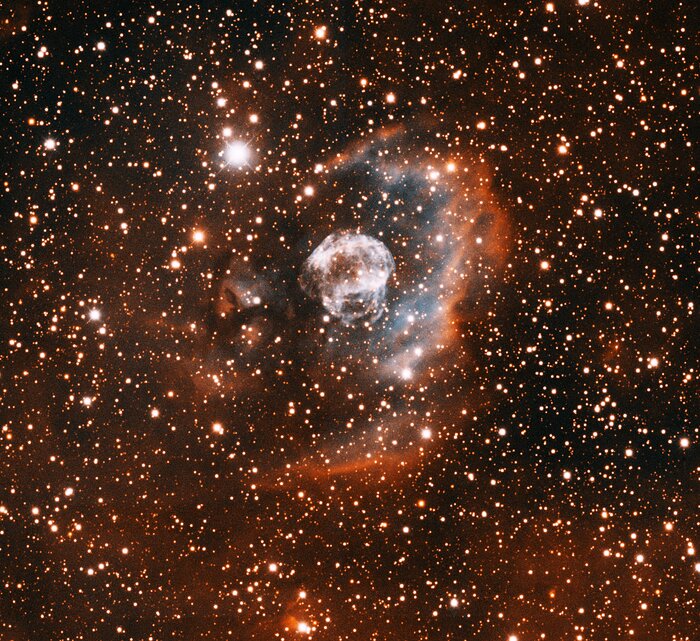 This image was obtained with the wide-field view of the Mosaic camera on the Mayall 4-meter telescope at Kitt Peak National Observatory. Informally known as the "Ear Nebula", this relatively old and very faint planetary nebula was discovered by the INT/WFC Photometric H-alpha Survey of the Northern Galactic Plane (IPHAS) in 2005. The image was generated with observations in the Hydrogen alpha (red) and Oxygen [OIII] (blue) filters. In this image, North is up, East is to the left.