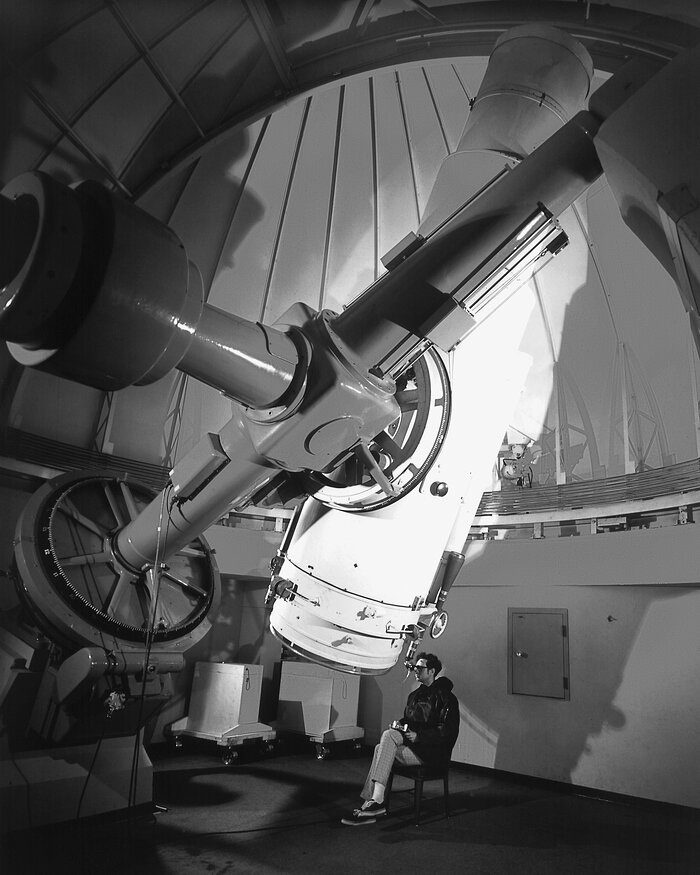 The University of Michigan/Cerro Tololo Inter-American Observatory Curtis Schmidt telescope is a twin to the Case Western Reserve University instrument on Kitt Peak. Schmidt-type telescopes are used to take wide angle pictures of large regions of the sky. This picture was taken by John Lutnes in the late 1960s, shortly after the telescope was moved to CTIO, and features observer John Graham in a representative pose (yes, we know the dome is closed and the lights are on, this was to indicate how the telescope was used). Further information about this telescope can be found here.