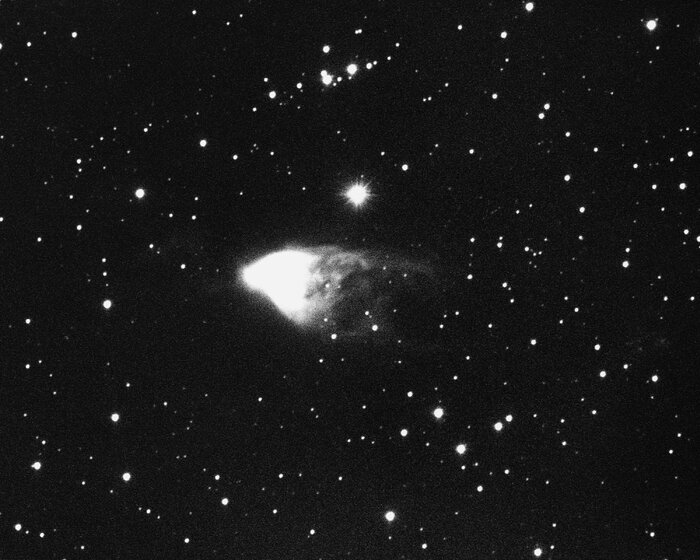 This is an image of Hubble's Variable Nebula, found in the constellation Monoceros. The image was taken at the Kitt Peak National Observatory 0.9-meter telescope in 1968. North is to the right.