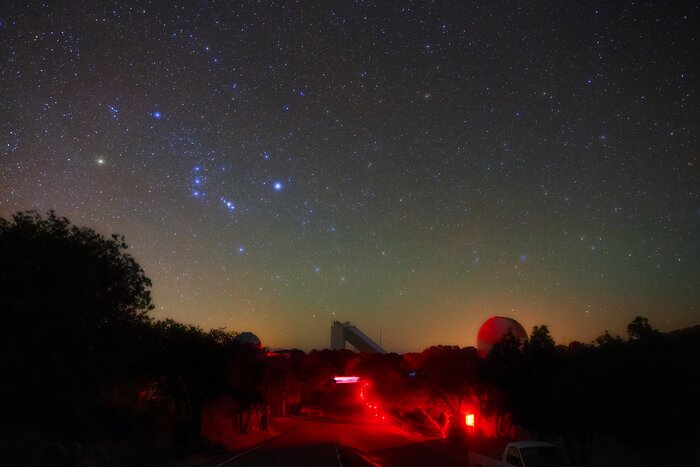 The bright stars of the constellation Orion blaze in blue over Kitt Peak National Observatory (KPNO), a Program of NSF’s NOIRLab, in this image. They shine in stark contrast to the red lights lining the road approaching the observatory. The use of red lights might give this image a slightly otherworldly appearance, but they serve an important purpose: preserving the night vision of on-site staff and visitors. Red light preserves night vision better than other colors but is still bright enough to allow people to see what they are doing in a dark environment. It also interferes less with observing runs compared to blue or white light. The red lights look bright in this image, but that’s a result of the long exposure time used to capture the night sky. If you were at KPNO in person, the red lights would look far dimmer. In between the blue lights of the sky and the red lights of the ground, the McMath-Pierce Solar Telescope can be seen on the horizon.