Shooting for the Stars! 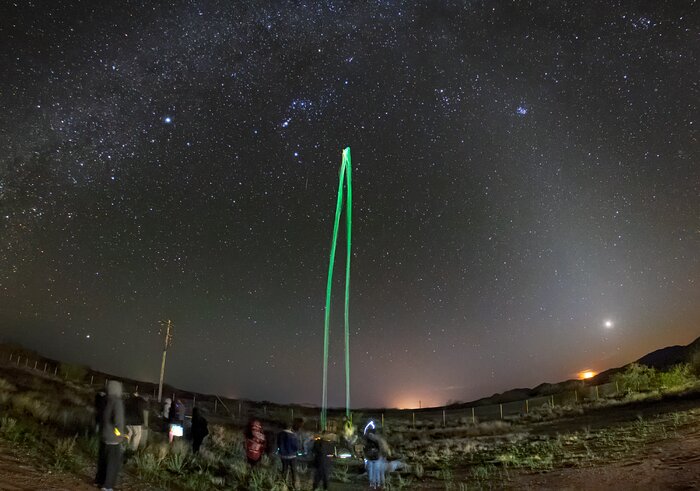 Kitt Peak National Observatory, a program of NSF’s NOIRLab, is located on land leased from the Tohono O’odham Nation. NSF’s NOIRLab staff frequently partner with the American Indian Science and Engineering Students (AISES) chapter at Tohono O’odham Community College to host star-gazing events and other local engagement activities. One popular activity is for students to build and launch water rockets out of two-liter bottles with glow sticks attached to make the flights visible against the dark Arizona skies. This image shows the trajectory of a launch that reaches its apex near the constellation of Orion. The winter Milky Way also arcs high overhead along with the setting Venus, the glow of the setting Moon (just below and left of Venus), and the faint wedge-shaped Zodiacal Light all in the western early evening sky (at right of image).