Cosmic Telescope Zooms in on the Beginning of Time 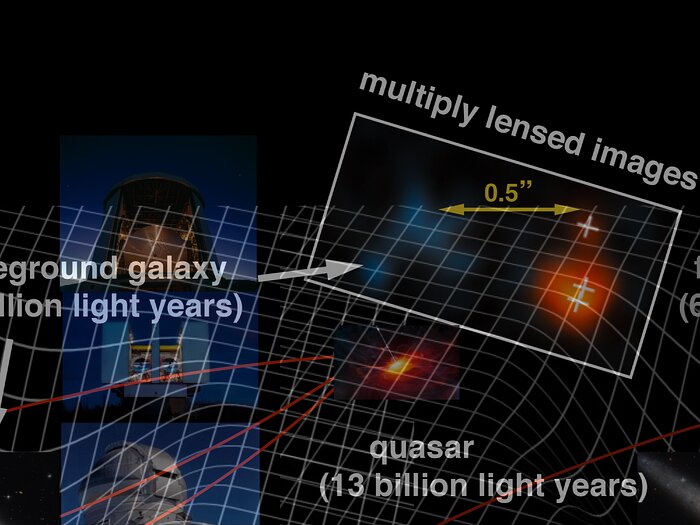 The light from quasar J0439+1634, some 12.8 billion light years away, passes close to a faint galaxy that is about six billion light years away. The gravity of this foreground galaxy warps the space around it, according to Einstein’s theory of general relativity. This bends the light like an optical lens, magnifies the quasar image by a factor of fifty, while at the same time split the quasar image into three. Both the foreground galaxy and the multiply imaged quasar are captured by the high resolution image of the Hubble SpaceTelescope.