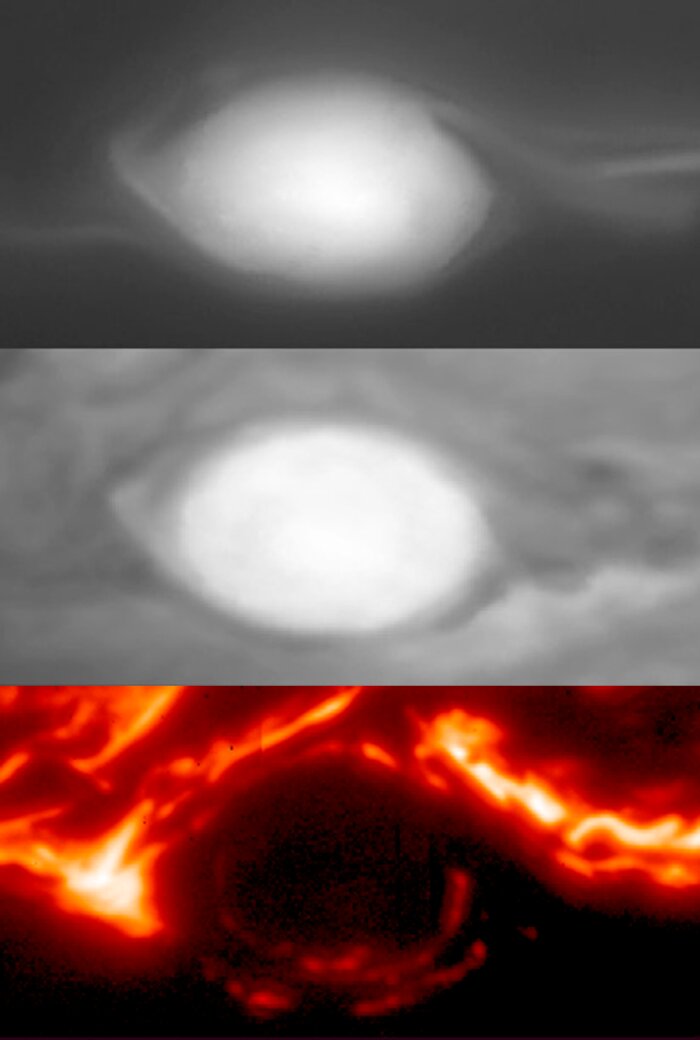 Close up images of the Great Red Spot from Gemini Near-InfraRed Imager (NIRI) images showing differences in the interior structure of this giant vortex with altitude. The top image was taken with a filter at 2.275 microns that is sensitive to particles at, and above, pressures of about 10 millibars (about 1% of the pressure at sea level on the Earth) in Jupiter’s lower stratosphere. It shows that particles at this level tend to increase toward the center of this gigantic vortex. The middle image was taken with a filter at 1.58 microns, sensitive to virtually no gaseous absorption, and is sensitive to the brightness of clouds, very similar to visible red light. Subtle oval-shaped banded structure going from the outside to the interior can be spotted in the image. The difference between these two images illustrates major differences in the dynamics of this vortex with altitude. The bottom image was taken with a filter at 4.68 microns, and shows bright thermal emission from the deeper atmosphere wherever there is “clear sky” (low cloud opacity in the 0.5-3 bar range). Top two panels show data from May 18, 2017, while the bottom panel shows data from January 11, 2017.