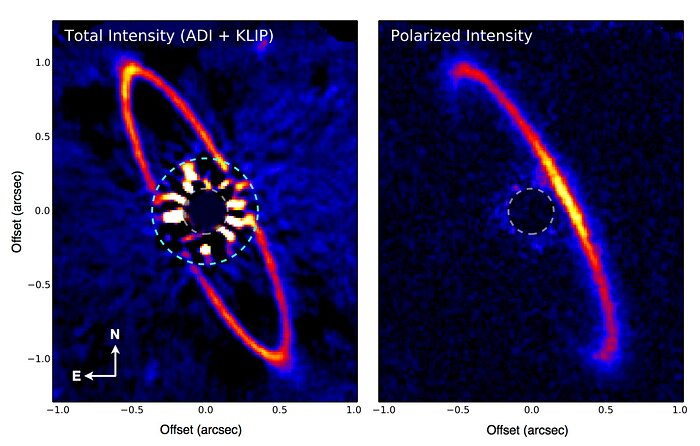 GPI imaging polarimetry of the circumstellar disk around HR 4796A, a ring of dust and planetesimals similar in some ways to a scaled up version of the solar system’s Kuiper Belt. These GPI observations reveal a complex pattern of variations in brightness and polarization around the HR 4796A disk. The western side (tilted closer to the Earth) appears brighter in polarized light, while in total intensity the eastern side appears slightly brighter, particularly just to the east of the widest apparent separation points of the disk. Reconciling this complex and apparently-contradictory pattern of brighter and darker regions required a major overhaul of our understanding of this circumstellar disk.