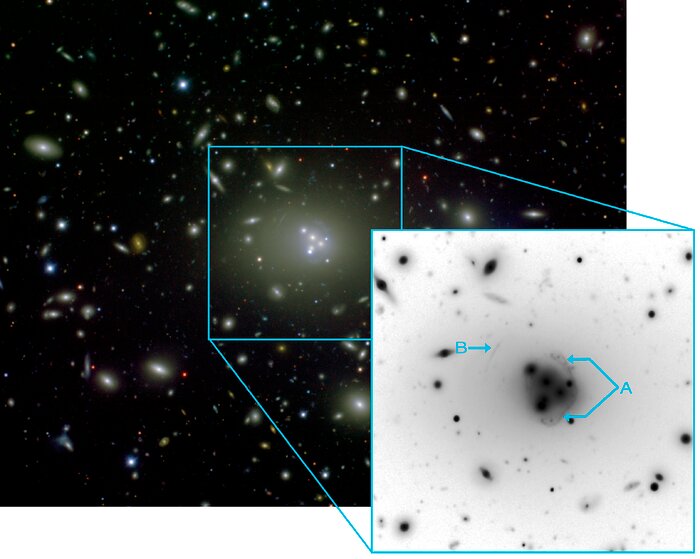 Central region of Abell 3827 as imaged using the Gemini Multi-Object Spectrograph on the Gemini South telescope in Chile. The central supermassive galaxy (ESO 146-IG 005) is clearly visible among its cluster companions as well as the remains of at least four nuclei that are being “digested” by the large galaxy. The central galaxy is thought to be the most massive galaxy in our local universe (out to about 1.5 billion light years). The field of view of this image is approximately 5 x 5 arcminutes and is a color composite made from g-, r- and i-band images combined and processed by Travis Rector (University of Alaska Anchorage). The inset (black on white image) is the single g-band image processed to reveal the gravitational lensed background galaxy arcs more clearly. Labeled on the inset are the most visible arcs from the closer background galaxy (z = 0.2 and labeled "A") and an arc from the more distant background galaxy (z = 0.4 and labeled "B").