Some Rare Abnormal Stars may have White Dwarf Parents to Blame 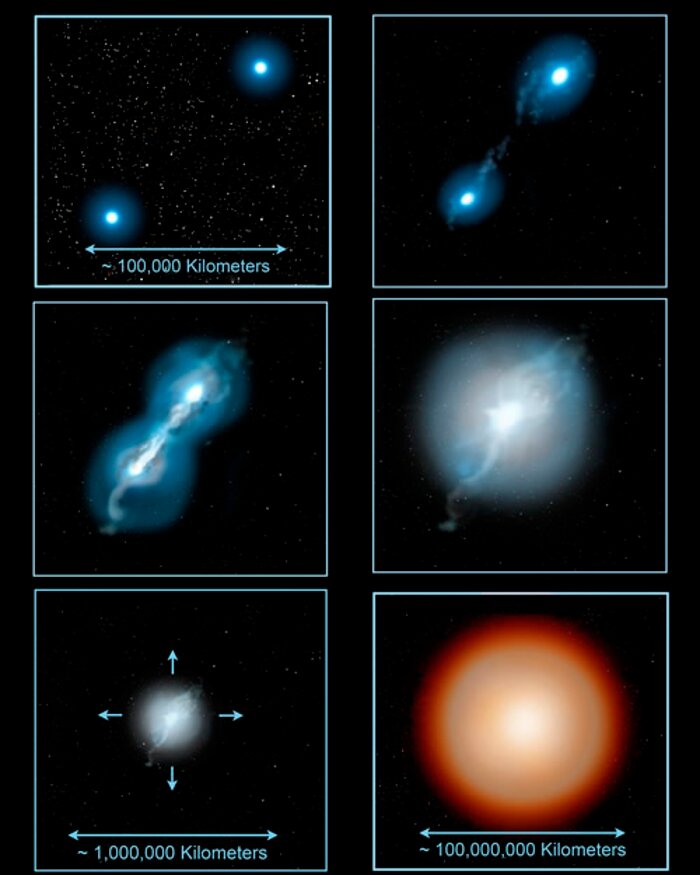 A pair of white dwarf stars in a close binary system are brought ever closer to each other, either by magnetic braking or gravitational wave emission, until one of the stars is disrupted and then merges with the other star. The gas becomes hot enough for nuclear reactions to take place. The energy produced causes the new merged star to expand and become a supergiant star, about a thousand times larger than the white dwarfs that formed it.