Astronomer Buell T. Jannuzi has been named to five-year term as the director of Kitt Peak National Observatory near Tucson, Arizona.

“NOAO and AURA conducted a worldwide search to find the best person for this job, and we interviewed some extremely strong candidates. In the end, it was the overwhelming recommendation of the search committee and of the AURA Observatory Council that the job be offered to Buell,” said Todd Boroson, acting director of the National Optical Astronomy Observatory (NOAO).

“I look forward to leading Kitt Peak National Observatory during what is sure to be an exciting and challenging period, as we work to implement the improvements at Kitt Peak recommended by the National Science Foundation’s Senior Review,” Jannuzi said. “I place a high priority on regular interaction with the people of the Tohono O’odham Nation, the city of Tucson, Pima County, the state of Arizona, and the astronomical community, in order to promote and expand our mission of basic science research and education.”

Kitt Peak National Observatory sits on land leased by the National Science Foundation from the Tohono O’odham Nation, whose people refer to the mountain peak as Iolkam. “It is particularly important to me that we treat Iolkam with great respect, and that we strengthen our ties to the Tohono O’odham Community College and the other tribal institutions that work with us to teach their students about the wonders of the Universe,” Jannuzi added.

Jannuzi has been acting director of Kitt Peak since fall 2005. He succeeds Richard Green, who now is the director of the international Large Binocular Telescope located near Safford, AZ.

Jannuzi earned degrees at Harvard College (A.B. Astronomy and Astrophysics) and the University of Arizona (Ph.D. in Astronomy and Astrophysics in 1990), and then spent five years as a member of the Institute for Advanced Study in Princeton, N.J. He joined the NOAO scientific staff in Tucson in 1995. His main scientific interests are the formation and evolution of galaxies, the large-scale structure of the Universe, and the physical processes that produce active galactic nuclei.

Jannuzi, age 44, and his spouse Alison Lowell Jannuzi are the parents of two boys, ages 14 and 12.

NOAO also includes Cerro Tololo Inter-American Observatory in Chile, and the NOAO Gemini Science Center. NOAO is operated by the Association of Universities for Research in Astronomy Inc. (AURA), under a cooperative agreement with the National Science Foundation.

Located 55 miles southwest of Tucson, Arizona, Kitt Peak National Observatory (KPNO) was founded in 1958. With more than two dozen telescopes in operation on the 6,875-foot mountain, KPNO remains the largest collection of astronomical research telescopes in the world.

The major national facilities at Kitt Peak operated by the National Optical Astronomy Observatory (NOAO) with funding from the National Science Foundation include the Mayall 4-meter telescope and the 3.5-meter WIYN telescope, whose operation is shared with the University of Wisconsin, Indiana University and Yale University. KPNO is also home to the world’s largest solar telescope, the McMath-Pierce Solar Telescope Facility, which is operated by the Tucson office of the National Solar Observatory with funding from the NSF. 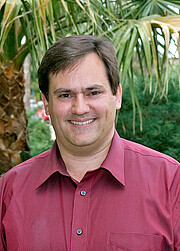