At SLAC National Accelerator Laboratory, the integrated LSST Camera cryostat and utility trunk was successfully lifted onto its test bench in mid-August (photo here). The work was planned and executed by a team that included Rubin staff, SLAC Contract Assurance, SLAC Environment, Safety & Health (ES&H) and the Bay Area Site Office. This ~$100M assembly is the core of the final camera; it contains the 201 sensors and all the supporting electronics, vacuum and cooling on-camera systems. The installation of this assembly on the test bench will enable completion of the next phase of testing, before further integration of the LSST Camera.

The LSST Camera Major Item of Equipment (MIE) project Critical Design (CD)-4 independent project review was conducted on August 19th and confirmed completion of the Camera Department of Energy (DOE) Key Performance Parameters—a major step towards formally closing the MIE project. The remaining Camera work (completing the Camera integration and testing at SLAC, shipping, and commissioning it in Chile) will be done as part of the Rubin Observatory DOE Commissioning effort.

The Rubin Auxiliary Telescope (AuxTel) team conducted an observing run on August 17-19. The main goals for the run were to test new M1 mirror controls, take some science data to compare the performance of the currently installed gratings, and to train three new telescope operators (Bruno Quint, Ioana Sotuela, and Erik Dennihy). The weather during the run was uncooperative, which impacted the M1 mirror control testing and science data gathering (these activities will be a focus of the next observing run), but also allowed more time for explaining processes and answering questions, to the benefit of the new operators. The next AuxTel observing run is scheduled for September 7-10.

A team of workers from the Swedish company SKF arrived on the summit on August 23rd; they have begun activities to commission the hydrostatic oil bearings of Telescope Mount Assembly (TMA). The telescope is expected to begin moving in azimuth and elevation on a thin film of oil in early September. During July and August, parts of the TMA were painted with special low-reflectivity and low-emission coatings. These were applied to surfaces that face the light path (inward and skyward) to minimize stray light and other effects that could degrade imaging.

The Rubin Observatory/LSST Science Collaborations have partnered with the Heising Simons Foundation to support Rubin preparatory science focused on Solar system, Milky Way, variable stars and transients with a kickstarter grant program. The opportunity is highly flexible in terms of who can apply and what projects can be sponsored. Applications are due September 30th. More details about this opportunity, and about grant workshops being held on September 8th and 9th, are available at this link.

The next discussion in the Diversity, Equity, and Inclusion series will take place on September 13th. All are welcome; follow Rubin’s #inclusion Slack channel for updates and information on participating.

Rubin Observatory swag items, including t-shirts, coffee mugs, tote bags, and more, are available for purchase in our online store.

Rubin in the media:

An article (in Spanish) that features Rubin Observatory as one of the exciting new observatories being constructed in Chile was published in the Chilean La Tercera newspaper recently. The article, titled “Chile Widens its Window to the Universe”, was coordinated by the press office of the Chilean Minister of Science, who visited the Rubin construction site a few weeks ago.

A major new initiative will result in additional software to analyze the datasets from Rubin Observatory’s Legacy Survey of Space and Time (LSST). The effort will be led by LSST Corporation member institutions Carnegie Mellon University and the University of Washington. The Community Science and Data Center (CSDC) at NSF's NOIRLab will collaborate with the team to make the software freely available to the entire astrophysics community. Details are available at this link.

As part of ongoing efforts to fund the science of LSST at Rubin Observatory, the LSST Corporation announces its first corporate philanthropic partner; they are pleased to welcome Wasabi Technologies Inc. to the LSSTC Family. Wasabi Technologies, Inc. is an object storage service provider based in the US. Their support will help power a special Enabling Science grant of $25,000 for a member institution. Watch for news about this grant, coming soon.

Aren Heinze joined the Data Management team as Research Scientist on September 1st. Aren will be based at the University of Washington, responsible for developing and maintaining the Solar System Processing pipeline for the Legacy Survey of Space and Time (LSST).

Robinson Godoy joined the Telescope & Site group in Chile as Electronics Technician on September 1st. Robinson will be supporting integration and commissioning of the electronics systems for the main telescope as well as other facilities at the summit.

Peter Ferguson joined the Systems Engineering group on August 18th. Peter is a postdoc at the University of Wisconsin-Madison, focusing on Rubin Science Verification and Validation.

A new initiative has been introduced as part of the ongoing effort to improve workplace culture: an opportunity to meet one-on-one with Project leadership. If you would like to have a one-on-one meeting with Victor or Steve, please fill out this form to indicate your preferred (and backup) date and time. 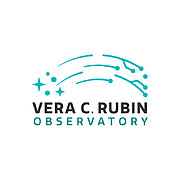